Dicken’s review number 2, comes “Barnaby Rudge“. It is not as famous as his other novels, and quite understated. To give you an idea of what it’s about if you haven’t read it, firstly, here is a SUMMARY:

“Dicken’s first historical novel is filled with violence, looting and the terrible deaths of the anti-Catholic Gordon Riots that swept London in 1780. ‘Barnaby Rudge’ tells the story of Barnaby, a simple boy caught up in the riots, and the friends and family who are themselves affected by the strange events in Barnaby’s life, including kind- hearted locksmith Gabriel Varden, dim-witted and egotistic landlord John Willet and the brilliantly villainous Sir John Chester. This is an unforgettable novel of conspiracy, blackmail, abduction and Gothic melodrama.” 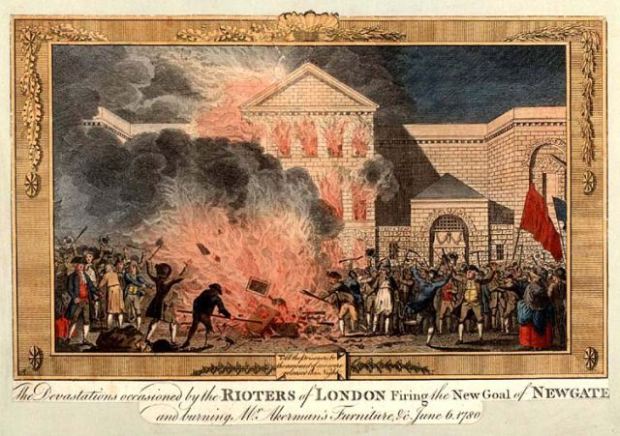 Here are some bite sized facts:

1. This is the 5th book Dickens wrote, after “The Old Curiosity Shop”.

2. Like the rest of his works, it explores the inequality between social class. Ordinary citizens are seen to rise up and loot, steal, burn down houses and prisons; a total anarchy where they themselves perished- the poor, vagrants who have nothing to lose. (Those who are forerunners of the riots seem not to have a purpose for following the cause, in the case of Hugh and the hangman Dennis) 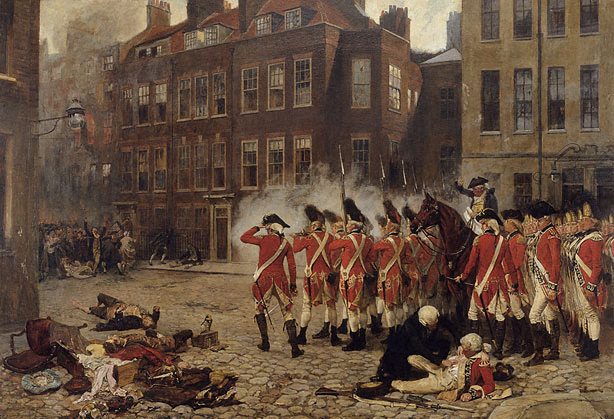 4. It is comparable to his later novel “A Tale of Two Cities” detailing the tumultuous period of the French Revolution and the danger of a disruptive society and mob behaviour.

5. You feel for Barnaby, a simple boy who takes comfort, joy and happiness in his surroundings. His loyalty and kind heartedness makes him a target. He follows his ‘assumed’ friend and does all he is bidden without question, hoping it will bring his mother and himself into the path of riches, and ultimately, a better life for them both. The story of Barnaby is very touching, and emphasises on how innocence can be corrupted by those with their own agenda. 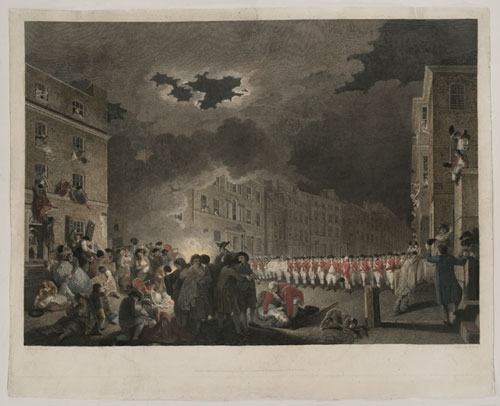 The rise and revolt of the people

6. Though”Barnaby Rudge” took me longer to read than “Our Mutual Friend” (and this can be due to other contributory factors)- I enjoyed it a lot.The beginning was quite captivating and portrays a ‘different’Dickens, a step away from the frivolity, and often comical vanity of the upper class. It creates a comparison between the peaceful, pastoral life versus that of the bloodshed in the streets of the city, sparked by the 1780 anti-catholic uprising. This was led by Lord George Gordon, leader of the Protestant Association of London. The riots were a wave that swept over London- the power of persuasion and word of mouth, growing out of proportion to make law abiding citizens rise up and revolt. The novel depicts violence fuelled by poverty and the influence of those in position who abuse their power.

7. Yet aside from all the violence and turmoil of the riots,this is a Dickens book like all the others,and his characters are no less developed. You come across characters like Sir John Chester who you really hate and whom you hope gets dealt the justice he deserves (but of course, this is a Dickens so ultimately, good always triumphs over evil) and relationships that always undergo a long, painful trial before the ‘light of happiness’ is finally revealed.

All in all, “Barnaby Rudge” is another satisfying Dicken’s novel, and the 5th one… that I have binge read over the summer! 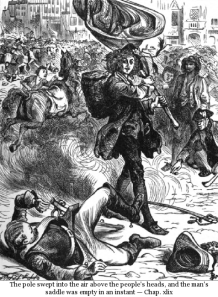